Great white shark (Carcharodon carcharias) at Isla Guadalupe. A critical habitat for white sharks, Isla Guadalupe is a Bio-Sphere Reserve managed by the Comisión Nacional de Áreas Naturales Protegidas (CONANP). During the Fall, the island draws divers from all over the world, who come to observe white sharks up close in the clear waters of the island. A portion of the revenues generated by this annual tourism goes to the Guadalupe Island Conservation Fund, a program supporting the Bio-Sphere management and scientific research vital to understanding and protecting this iconic species. To date, at least 228 individuals have been logged at the island. Isla Guadalupe is a volcanic island in the Eastern Pacific, 241 km off the coast of Baja California, Mexico, and is a great place to observe great white sharks. Long-term satellite tagging has given researchers significant insights into the migration patterns of Eastern Pacific white sharks. From October through January male and female white sharks of this population unite in the waters off Isla Guadalupe to mate. Otherwise, the genders remain segregated in their migrations. Gestation is thought to be 18 months with many of the young sharks subsequently migrating up to the coastal waters of Southern California. White sharks are an iconic marine species, and this population illustrates well how wildlife connects Mexico and the US via the California Current. 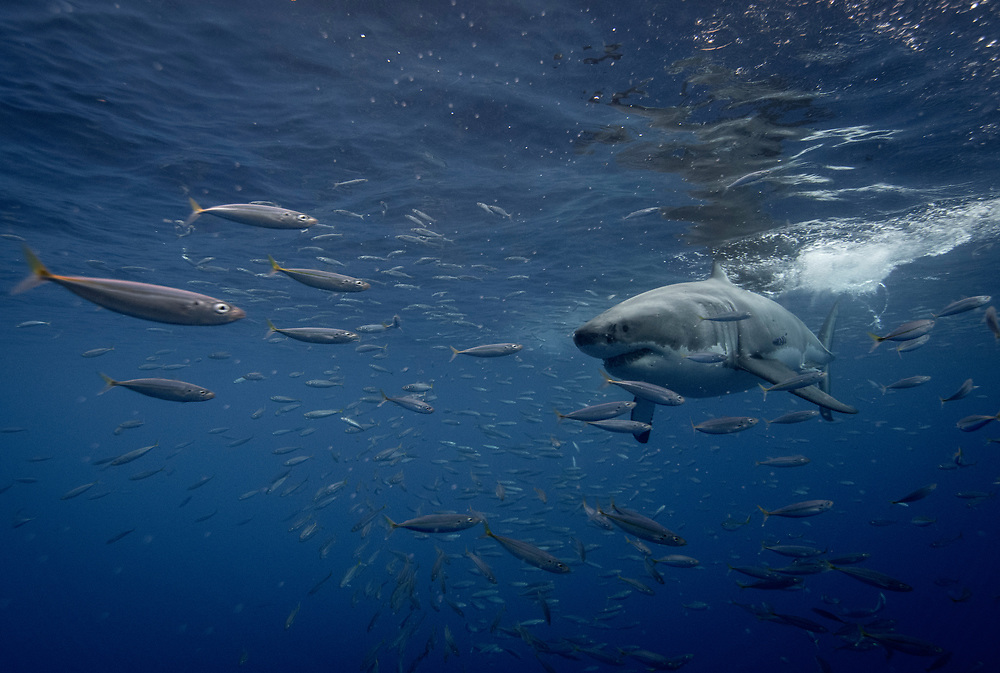